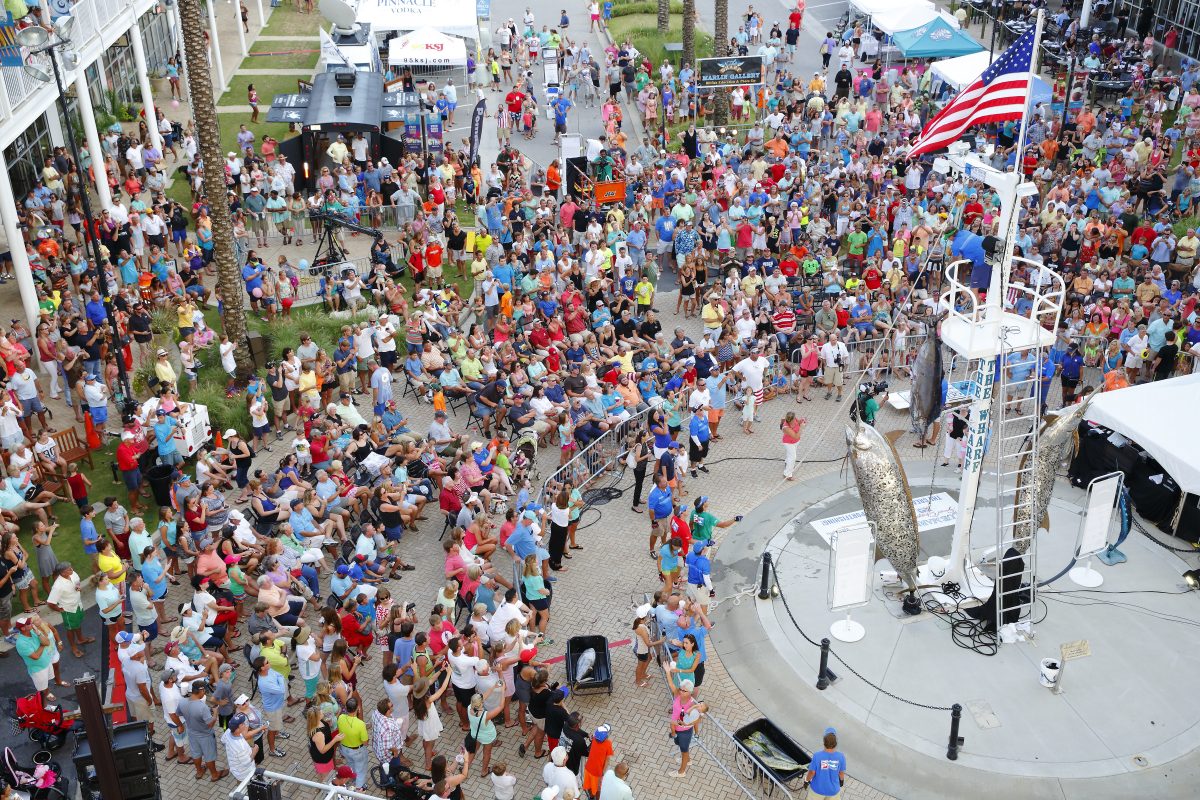 Fishing Tournaments this Summer are some of the most highly-anticipated events in Gulf Shores and Orange Beach. With big fish, big money and big boats, there is much excitement and fun to be had all summer long.

As we head into the later part of summer, we have much to look forward to including the Blue Marlin Grand Championship, the Mobile Big Game Fishing Club (MBGFC) Billfish Limited Tournament and the MBGFC Labor Day Invitational.

Blue Marlin Grand Championship is billed as “The Greatest Show in Sportfishing,” From July 12 through 17, over 60 teams will compete throughout the tournament. The event will also include live local TV coverage, worldwide online streaming, light shows and much more. Weigh-in and the awards ceremony will take place on the final night at The Wharf Marina. And, following the ceremony, guests can head on over to the Amphitheatre at The Wharf in Orange Beach as the C-Spire Wireless Concert Series presents Dierks Bentley. Can’t beat that for a fun week!

The MBGFC Billfish Limited Tournament is celebrating its 17th year on Alabama’s beaches July 29 through 31. Teams of three or more anglers will compete in the following categories: catch and release billfish, tuna, dolphin and wahoo. The tournament will take place at Orange Beach Marina, and registration is $300 for non-members and $200 for members. The Mobile Big Game Fishing Club was founded in 1966 and aims to increase interest in big game fishing, increase knowledge of the sport and related fields and sciences, and much more. From August 5 through 7, the organization will host its 39th Annual 2016 MBGFC Ladies Tournament. This tournament will also take place at Orange Beach Marina.

And, of course, the last big weekend of summer would not be complete without another exciting fishing tournament. MBGFC will host the 49th Annual 2016 MBGFC Labor Day Invitational from Sept. 2 through 5. While many tournaments cater more towards big boats, this tournament added an Outboard Shootout to Saturday’s festivities in order to allow everyone to experience the excitement of such a large tournament. One of the most highly sought after prizes is the $1 million given to the person who can break the Alabama state record for blue marlin. Currently this record is 845 pounds, and the race is on for these fisherman to search for something bigger!

As you can see, the summer season attracts visitors from all across the country to compete with and witness some of the country’s best fishing tournaments. For more information on these and all other events happening on Alabama’s beaches visit http://www.gulfshores.com/things-to-do/calendar-events/.