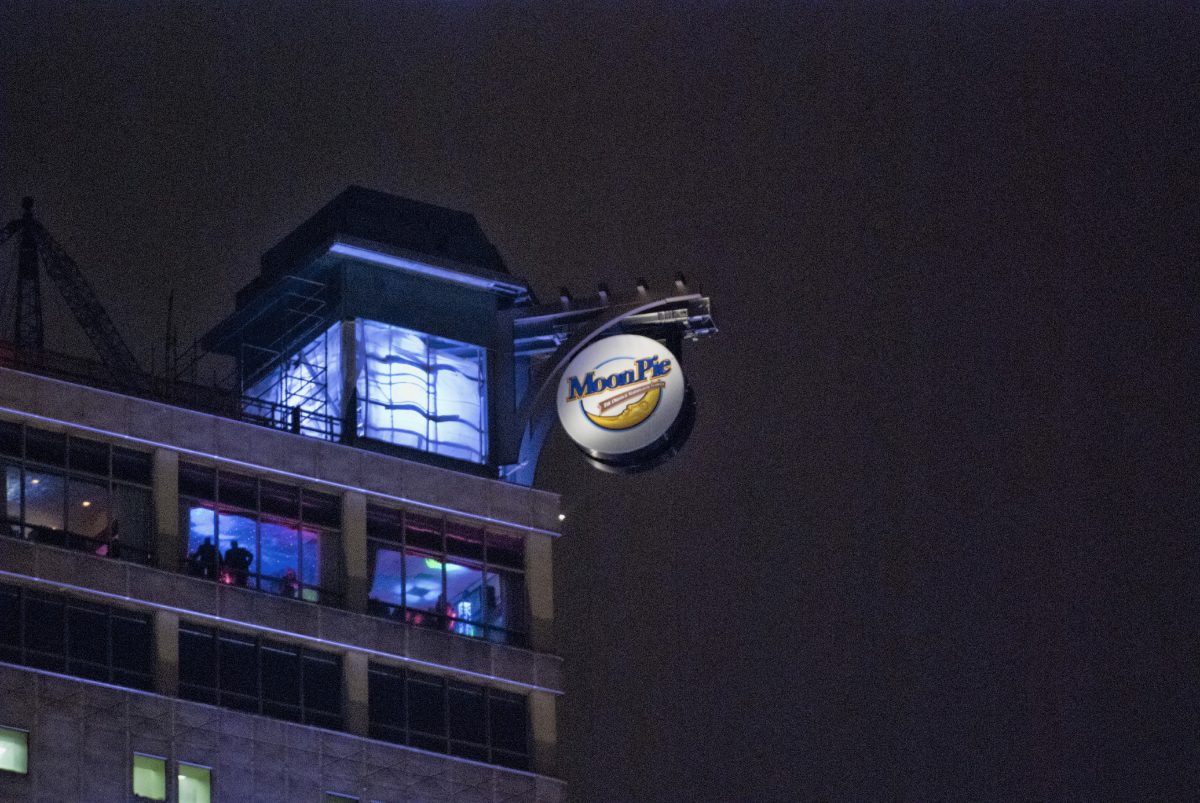 In Coastal Alabama, MoonPies are as inextricably tied to New Year’s Eve as champagne, fireworks, resolutions and midnight kisses. Since 2008, Mobile has welcomed in the New Year with a giant, 600-pound electric MoonPie which drops at midnight.

Forget about the other been-there, seen-that ball drops and join more than 50,000 revelers each New Year’s Eve with a tradition tied to the heart of Southern Americana. MoonPies are a fun and integral part of the rich Mardi Gras activities in its original birthplace, Mobile. The New Year’s Eve Moon Pie Drop is like having the best annual celebrations all wrapped up in one. It is as colorful and jubilant as Mardi Gras, as festive as the 4th of July and full of giddy anticipation like Christmas Eve.

There are several activities leading up to the momentous MoonPie Drop. The evening’s celebration begins with the cutting of the world’s largest edible MoonPie at 8:45pm followed by a lively parade, from the Riverview Renaissance Hotel to the stage at Bienville Square (corner of St. Frances and St. Joseph Streets), led by the the Port City Second Liners at 9:15pm. Each year features live music beginning at 9:30pm, a headliner act at 11:00pm and ends with all eyes focused on the TrustMark Building in downtown Mobile for the countdown to midnight. After the giant MoonPie drops from the 34th floor, the crowd is treated to a dazzling laser and fireworks show that lights up the dramatic Mobile skyline.

Headliner? Just who could measure up to the 10th Anniversary MoonPie Over Mobile? None other than George Clinton & Parliament Funkadelic! 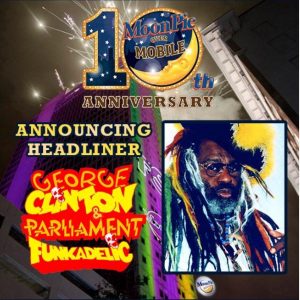 Numerous hotels offer “sweet” package deals for the MoonPie Drop making it easy to extend the celebrations into New Year’s Day 2018. For more information about hotels and other Mobile attractions go to www.mobile.org.The event is family friendly and offers a quirky and fun way to ring in 2018.  For the latest updates and activity map go to www.mobilenewyear.com. Let old times be forgotten but don’t forget the MoonPies!

All photos compliments of MoonPie Over Mobile.

For more about Coastal Alabama, visit our Blog and Day Trips.