Spring for the Coast 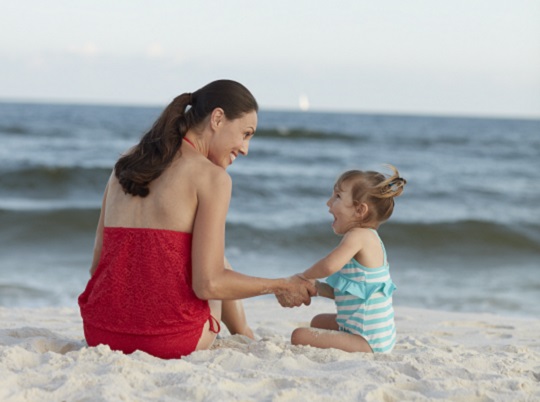 We’re bidding farewell to winter as we plan for spring on the beach. Lace em up for area runs. Try your luck with North Baldwin County hunting. Who else is ready for a coastal spring?

As you find those last few strands of tinsel from the holidays, that sparkle might just remind you of the glistening quartz white beaches in Gulf Shores and Orange Beach. Now’s the perfect time to do your research, book your lodging and plan all the spring fun you and your family will have at the beach. And the planning pros have all the help you need. LEARN MORE

For some people the colder winter temps mean a time of hibernation in front of the fireplace. For other more hardy souls it is hunting season, a time to bundle up, time to climb a tree stand and hunt for deer, hogs, duck and other game. Here in Coastal Alabama that means it is time to head to North Baldwin County for outstanding opportunities in the Mobile –Tensaw Delta Upper and Lower Wildlife Management Areas as well as with hunting clubs and private farms. LEARN MORE

How many holiday parties did you attend? How many more Mardi Gras bashes are on your calendar? Better challenge yourself to shed some of those celebration pounds with a run. Here on the coast we’re starting 2018 with plenty of opportunities to lace up your running shoes and compete with your friends.

On January 14, Mobile leads the way with the Servis 1st Bank First Light Marathon. This is followed by the Big Beach Marathon on January 28 and the Sweetheart 5k, Sea Turtle 1/2 Marathon and Sweetheart 1 Mile Fun Run on February 17, both part of the Run the Beach Half Marathon Series in Gulf Shores and Orange Beach.

In Foley you can run for a great cause on February 3 at the Run for the Gold for Childhood Cancer Awareness. Dauphin Island is the place for the Battle of Mobile Bay 5K on February 17. And back in Mobile on March 24 the Azalea Trail Run hits the streets.

Mobile is the proud home of Mardi Gras in America with the first celebration way back in 1703. Today’s party consists of a series of colorful parades, balls and an all-around feeling of revelry.

The first Mobile parade steps off on January 26 and the fun reaches a climax on Mardi Gras Day, February 13.  Get ready to catch MoonPies and beads from masked riders. Find more info and the full parade schedule here.

Long gone are the days when soap was just a non-descript bar you bought at the grocery store. Now we have vibrant colors, amazing scents and varieties that fizz. Makes bath time a true escape.

Stop by Fairhope Soap Company in downtown Fairhope to browse their wonderful selection of soaps and bath products. While you’re there, check out their candles for tempting scents including Rose Petal, Grapefruit Mangosteen, Raspberry Sangria and Black Currant Tea.

Whether you are an avid birder or just have a casual interest in our feathered friends, the Audubon Bird Sanctuary on Dauphin Island is a must-stop. Discover 137 acres and a three-mile trail system.

Located on the eastern end of the island, the sanctuary is a vital first landfall point for spring neo-tropical migrants. And they definitely need a break after their long trek across the Gulf of Mexico from Central and South America.

Of the 445 bird species that have been documented in Alabama an amazing 420 of them have been seen on Dauphin Island. Learn more and plan your visit.

A century ago the L & N Depot in Bay Minette was a busy hub of railroad life. Today it is a hub of information as the home of the North Baldwin Chamber of Commerce. Stop by for a fascinating story from friendly folks.

After serving the railroad until 1985, the building was restored and moved to its present location. If you think it looks familiar, the depot did serve as a backdrop for the movie “Close Encounters of the Third Kind.”  Learn more about the sites to see in North Baldwin County.

If you only think of a welcome center as a place to grab some brochures and maybe a bathroom break, you’re missing out on all the fun. The Gulf Shores and Orange Beach Welcome Centers are hosting a series of lectures and demonstrations.

Weaving, painting, jewelry making are among the demonstrations. Lectures will include presenters from area attractions: Bellingrath Gardens and Home, USS ALABAMA Battleship Memorial Park, the Alabama Gulf Coast Zoo and many more. Get the full schedule here.

CHECK OUT THE FOLEY PUBLIC LIBRARY

Taking an adult coloring class, building a tin can robot, making a journal. And that’s just for January. Check out all of the great opportunities at the Foley Public Library. Oh, and they have plenty of books and movies!

The Foley Public Library is located at 319 E Laurel Avenue and is open Monday through Saturday. Stop by and learn about the various clubs that meet at the library as well as the upcoming presentations and classes. The library is about much more than books and movies, but they have those too.